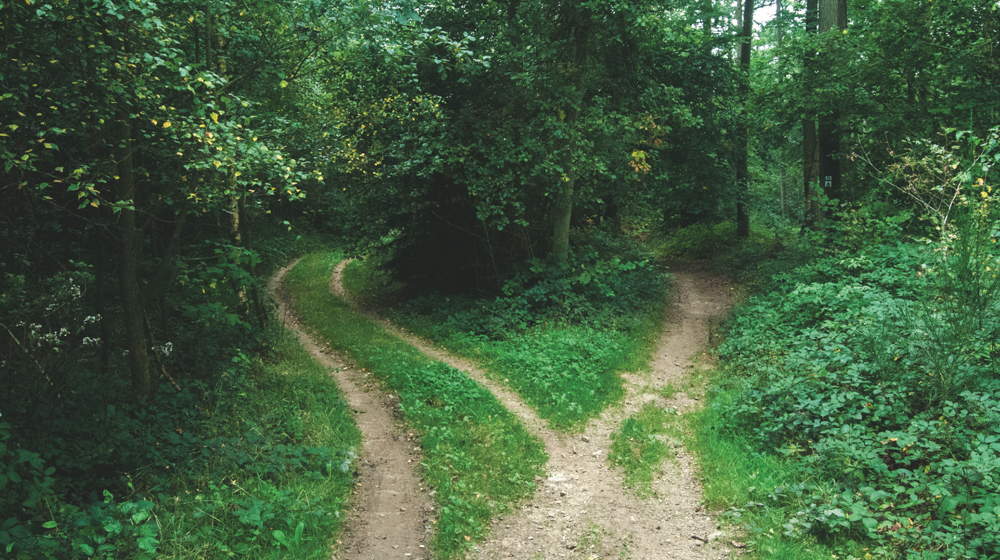 Is it okay for churches and denominations to split up? “Well,” you say, “it all depends.”

The brand new, post-Pentecost church of Jerusalem was divided between Hebrew Jewish Christians and Hellenic Jewish Christians. The issue was unfair food distribution. The Top Twelve church leaders gathered to address the divide and agreed on an interesting solution: appoint a committee of seven lesser leaders to solve the problem. According to Acts 6, it worked, and the church stuck together, at least for a while.

Twenty years later St. Paul took on divisions in the church of Corinth. He heard that factions self-identified as followers of Paul or Apollos or Cephas or Christ. We can’t help but chuckle at Group #4 that title-topped the other three by saying they followed Christ, implying that the others were spiritually inferior if not renegade. Paul told them exactly what to do: “All of you agree with one another so that there may be no divisions among you and you may be perfectly united in mind and thought.” Did it work? Nobody really knows although Paul writes four chapters later (1 Corinthians 5) to kick a man out of the church.

While the apostle encouraged all Christians to get along with each other he didn’t get along with his colleague John Mark: “They had such a sharp disagreement that they parted company” (Acts 15:39). If two authors of the New Testament — Mark writing the second Gospel and Paul authoring 13 epistles — couldn’t get along, what are the chances for the rest of us?

Some divisions are good. God divided Israel up into a dozen territorial tribes plus Levi. The churches in the New Testament had distinct identities and geography.

Some divisions are bad. Israel fractured into two kingdoms and entered generations of competing tribes, civil wars, foreign captivity and eventual disappearance of most of the tribes. God became so fed up that he initiated a divorce from his chosen nation: “I gave faithless Israel her certificate of divorce and sent her away because of all her adulteries” (Jeremiah 3:8).

Skip ahead thousands of years and thousands of miles to America. Many of our roots come from Europe where immigrants left countries with unified state churches and came to North America either rebelling against or reestablishing those traditions. Church structures in Europe were state monopolies; church structures in the United States became entrepreneurial diversities.

Congregationalists were strong in New England, Baptists in Rhode Island, Presbyterians in the Carolinas and Quakers in Pennsylvania, but every type of church was increasingly established everywhere. Most of the “splits” were healthy missionary expansions as pioneers spread across the frontiers. Tumultuous fissures of established denominations divided with the nation over the Civil War. Whatever the reasons from multiplication to division, the ecclesiastical math added up to the United States having more Christians than any nation in the world or in history. Meanwhile the European state churches have stuck together and declined.

Divisions have come over baptism, communion, governance, alcohol, marriage, music, eschatology, creation, tongues, race, languages, politics, predestination, eternal security, gender roles, Sunday or Saturday worship, missions, money and personality. The list is longer than this but “personalities” probably outnumber them all. Powerful or disgruntled leaders have often led the charge to separation. Strong biblical reasons have been legitimate causes for parting. But obscure Bible verses are often offered to legitimize unwarranted wounds to the Body of Christ.

Looking back to past generations, some of the splits saved the Church and others turned out to be sinful or silly.

None of this is a permission slip for splits. It is a recognition of human failures and creativities. The point is that splits can be good or bad. The standard is that divisions should be done right — in ways that honor God and advance the cause and Church of Jesus Christ.

When Paul exhorted those fractious Corinthian Christians, he didn’t call for Christ followers to be united in organization but “in mind and thought.” Usually, it is best to be organized together and united in thinking. Solo, unconnected, independent Christians and churches miss out on the shared blessings of belonging to the family of faith.

Whether there are good and not-so-good reasons to divide the process matters. Most important is not the legal structure but the adherence to biblical standards and behavior. Division done Christianly prepares all parties to fulfill the call of Christ in righteousness, with love and respect that shows the world the power and presence of the Holy Spirit. Division done wrong can be so toxic that Jesus is dishonored, and it can take generations to repair.

Christians are disciples of Jesus. Our love for him and loyalty to the Bible are our axis of unity. Different Christians and churches have different priorities that may best be fulfilled separately. Before there is a split, the highest priority should center on the points of agreement in Christ and Scripture.