Since 2014, Shirley Hoogstra has been the president of the Council for Christian Colleges and Universities (CCCU), which serves as the leading national voice of Christian higher education, representing more than 180 Christian institutions around the world. Before joining the CCCU, she served as vice president for student life at Calvin College in Grand Rapids, Michigan, for 15 years. She also practiced law for more than a decade as a partner at a firm in Connecticut.

How do churches and the broader culture benefit from having leaders and members who have received a Christ-centered college education?

Christian higher education produces committed, compassionate, convicted citizens who want to engage deeply in this world, not in spite of their faith but because of their faith. Christian colleges and universities focus on developing resilient faith in their students. Academic experts mentor students on how to live out one’s faith in his/her vocation. There is an emphasis on belonging and contributing to the local church after graduation. Christian higher education helps students develop a Christian worldview, gain tools for being in a secular culture, and establish a support network of mentors, friends and pastors, so they can be culture-shapers and effective witnesses for Christ.

Can you give some examples of graduates of CCCU member schools who have gone on to make significant contributions to the well-being of our world?

There are so many, but I’ll offer a few. First, Angie Thomas is a graduate of Belhaven University. Her debut novel, “The Hate U Give,” is a #1 New York Times bestseller and major motion picture. “The Hate U Give” actually started as her senior project while at Belhaven, written as a short story to help her classmates understand the conversations and unrest following the death of Oscar Grant, who lost his life in Oakland, California, at the hands of police officers.

Second, Kent Brantly is an American doctor perhaps best known as an Ebola survivor. When he began his career as a physician at Abilene Christian University, he wanted to treat patients in areas of the world with little access to medical care. That led him to Liberia during the 2014 Ebola crisis. His decision to continue caring for his patients ­­— despite the risks to himself — led Time magazine to name him as one of the Persons of the Year in 2014.

What do you see as the top challenges for Christian colleges today?

COVID-19 is certainly changing the landscape of higher education. There is still much unknown about the long-term impact, but it has added to existing financial challenges, including unanticipated expenses to both support students and pivot to online learning, financial losses from room and board, less income from donors who face their own economic challenges, and catastrophic losses to endowments.

A crisis of this magnitude creates monumental challenges, but also provides Christian leaders the opportunity to pivot and adapt. Now, more than ever, we need higher education leaders who can respond to a new generation of financially insecure students; collaborate with other higher education institutions in new ways; continue to understand what specific vocations need to be supported through higher education and how to best serve students; and champion increased racial and ethnic diversity on our campuses in the midst of widening inequalities.

How have Christian colleges adapted to the challenges of COVID-19?

In an instant, the coronavirus turned campus life upside down this past spring. CCCU campuses were not only forced to quickly close, but also to made an immediate pivot to online learning. As I write this, the majority of our campuses are open and students are rising to the challenge — generally through a hybrid model of in-person and virtual learning and with significant health and safety protocols in place. I have been so encouraged by the innovation on our campuses and above all else, the care and compassion shown for students, faculty and staff. They are amazing! Truly.

The medical director on one of our campuses shared this first-hand report with me recently: “It’s really all about our students. I don’t care what anybody says but it is all about our students. You would be so proud of them. The words of appreciation … they are practically tripping over themselves with gratitude. They are so hungry for community. And their compliance. What amazing students! Makes me love coming to work every day!”

Christian colleges and universities provide a unique and valuable place for students to discern their vocation through the study of their chosen discipline. They also develop a deeper relationship with God, with their peers and professors, and with their surrounding communities. Students who want to investigate their faith and deeply delve into the idea of spirituality would be well-served at a Christian college. The integration of faith and learning is a key factor in the decision process, and students who desire to integrate biblical truth into their academic careers and throughout their lives are often drawn to Christian colleges.

Why should we fight to keep our schools open?

David Brooks said it best: “You [Christian colleges] have what everybody else is desperate to have: a way of talking about and educating the human person in a way that integrates faith, emotion and intellect. You have a recipe to nurture human beings who have a devoted heart, a courageous mind and a purposeful soul. Almost no other set of institutions in American society has that, and everyone wants it.”

Shirley Hoogstra has been the president of the Council for Christian Colleges and University since September 2014, after serving 15 years as vice president for student life at Calvin College in Grand Rapids, Michigan. She returned Calvin (her alma mater) after practicing law for more than a decade as a partner at a firm in Connecticut. While practicing law, she was involved at Calvin College, participating in endowments and serving on the college’s Board of Trustees. Hoogstra received her J.D. from the University of Connecticut School of Law. 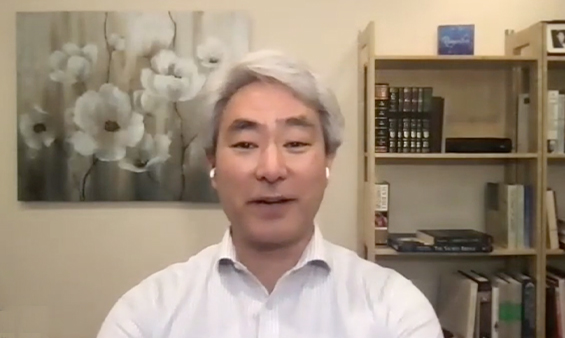