by Amanda Ripley and Walter Kim 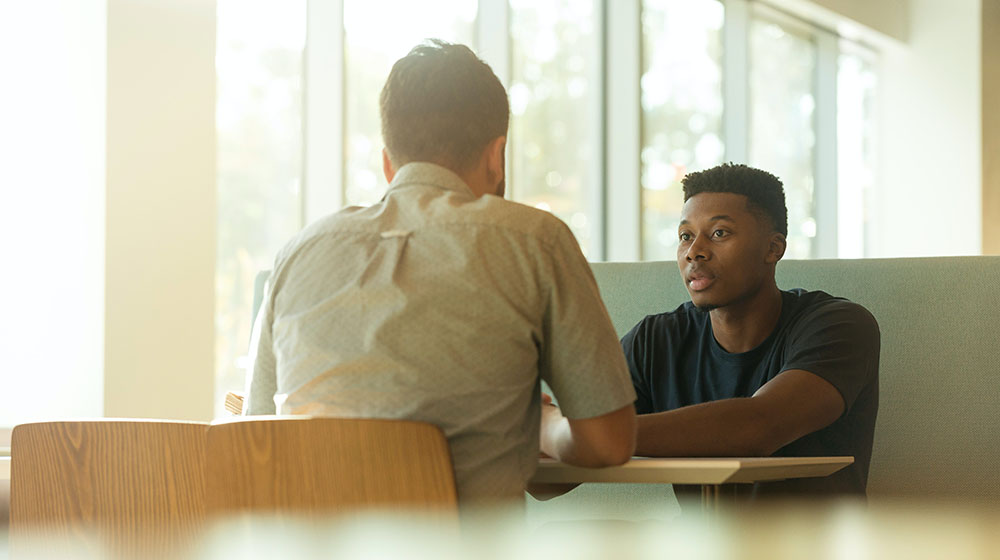 As a journalist, Amanda Ripley was frustrated by the deep division she saw and the sense that her work wasn’t helping and might be contributing to greater conflict. She decided to turn her focus to researching conflict itself, and what she learned surprised her and brought her hope.

In Today’s Conversation with NAE President Walter Kim, Amanda shares about “high conflict” and how people can move past an us-versus-them mentality. You’ll learn:

Walter: We are often baffled when talking about an issue and someone sees it the opposite way. This is true in politics as you have noted. It’s also true at work or at home.  What actually happens when a healthy conversation over differences becomes a battle?

Amanda: So it turns out the kind of conflict you are in really matters. There is a place called the Difficult Conversations Lab I got to visit as part of this at Columbia University. And they have hosted over 500 strained, awkward, contentious conversations between strangers over big, big profound differences — over abortion, gun control, Israel, other things.

One of the things they have learned is you can roughly put all of the conversations into two buckets. In some of the conversations people felt angry and frustrated, but then they also had flashes of curiosity and understanding and even humor, and then back to anger and frustration. But they asked more questions of each other and left the lab more satisfied. That is what we would call good conflict. That’s the kind of conflict that challenges us. It’s how we defend ourselves. It is how we get better as individuals and communities.

Then there were the conversations that were stuck in anger and frustration. There were not those glimpses of curiosity, understanding and humor. There was just the same emotions over and over again. And those are closer to what we might call high conflict. High conflict is the type of conflict that usually becomes an “us-versus-them” conflict. Although it can start over literally anything, and it’s the kind of conflict that usually takes on a life of its own. So it’s like a perpetual motion machine.

When you get into this level of conflict, you stop listening, you stop being curious, and our brain behaves differently.  All of the normal cognitive biases we have as humans become much more pronounced. We literally loose our peripheral vision, and we make big mistakes in high conflict. The big take away for me in all this research is that the goal is not no conflict. We need conflict. That’s how we improve as a society. That’s how we make each other better. The goal is good conflict as opposed to high conflict.

Today’s Conversation is brought to you by NavPress.

Amanda Ripley is an investigative journalist and a New York Times bestselling author. Her books include “High Conflict: Why We Get Trapped and How We Get Out,” “The Unthinkable,” and “The Smartest Kids in the World.” She has spoken at the Pentagon, the Senate, the House of Representatives, the State Department and the Department of Homeland Security, as well as conferences on leadership, conflict resolution and education. Ripley spent 10 years working for Time Magazine in New York, Washington and Paris. She currently writes for The Atlantic, Politico, The Washington Post and other outlets, and is host of the weekly Slate podcast How To! Ripley earned a B.A. in government from Cornell University.

How We Can Heal the Divisions

Why We Are Divided and How We Can Heal

Christians in a Politically Divided Country

Taking the Hate Out

Who Should We Talk To?

So Loud I Can’t Hear You