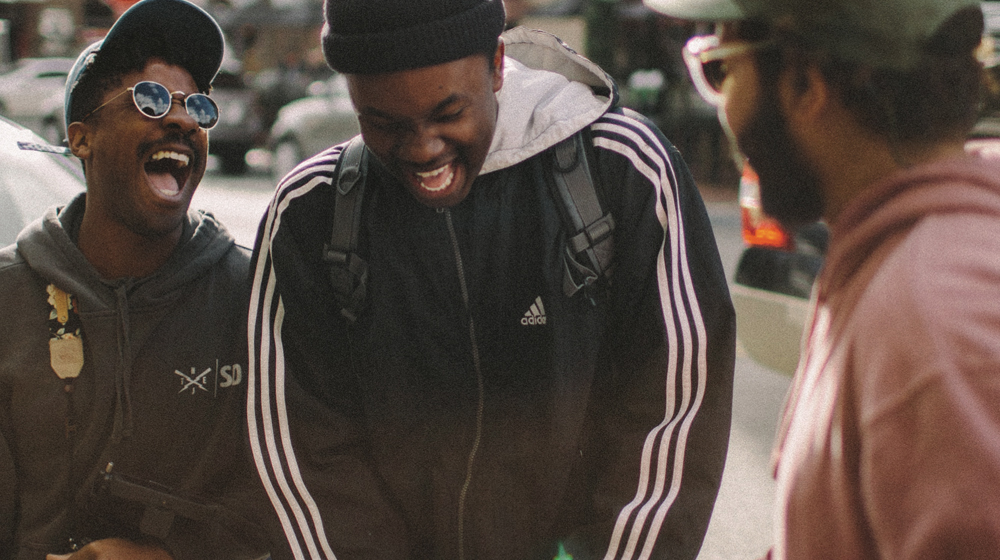 John’s apocalypse begins with a vision of the risen and reigning Lord that leaves John undone (Revelation 1:1—20). His epistle then transitions to a series of letters to the seven churches (Revelation 2:1—3:22) and an image of praise in heaven (Revelation 4:1—11). Later, John will reveal a vision of the future that includes both judgment and salvation (Revelation 6—8), but there is a problem.

According to John, there was no one in heaven or earth worthy to open the scrolls that contain God’s will for the future (Revelation 5:1–4). John articulates the central question of human history. What is our future and who controls it? What will become of us? No human agent is worthy. The politicians of Jesus’ day and ours, regardless of their pretentions to power, are not in control.

There is only one person suﬃcient to unfurl human history and bring about God’s purposes, the one who gave himself for our salvation in weakness and now reigns in power. Revelation 5:5 says, “Then one of the elders said to me, ‘Do not weep. See, the Lion of the tribe of Judah, the Root of David, has conquered, so that he can open the scroll and its seven seals.’” Jesus as the risen and reigning king has won for himself the ability to order history. This is relevant to the question of ethnic identity because Jesus’ vision for the climax of human history lauds the importance of ethnicity.

Revelation 7:9–10 looks to the end, and at the end we encounter ethnic diversity:

After this I looked, and there was a great multitude that no one could count, from every nation, from all tribes and peoples and languages, standing before the throne and before the Lamb, robed in white, with palm branches in their hands. They cried out in a loud voice, saying, “Salvation belongs to our God who is seated on the throne, and to the Lamb!”

The reference to the multitude calls to mind the promises made to Abraham that he would become the father of many nations. It also evokes the promises made to David that his son would gather and bless the nations of the world by his gracious rule. John mentions four aspects of this multitude. It includes people from every nation, tribe, people, and language. Each in its own way highlights diversity. These distinct peoples, cultures, and languages are eschatological, everlasting. At the end, we do not ﬁnd the elimination of diﬀerence. Instead the very diversity of cultures is a manifestation of God’s glory.

God’s eschatological vision for the reconciliation of all things in his Son requires my blackness and my neighbor’s Latina identity to endure forever. Colorblindness is sub-biblical and falls short of the glory of God. What is it that unites this diversity? It is not cultural assimilation, but the fact that we worship the Lamb. This means that the gifts that our cultures have are not ends in themselves. Our distinctive cultures represent the means by which we give honor to God. He is honored through the diversity of tongues singing the same song. Therefore inasmuch as I modulate my blackness or neglect my culture, I am placing limits on the gifts that God has given me to oﬀer to his church and kingdom. The vision of the kingdom is incomplete without Black and Brown persons worshiping alongside white persons as part of one kingdom under the rule of one king.

…There are two groups that want to separate us from the Christian story. One group claims that Christianity is fundamentally a white religion. This is simply historically false. The center of early Christianity was in the Middle East and North Africa. But deeper than the historical question is the biblical one. Who owns the Christian story as it is recorded in the texts that make up the canon? I have contended that Christianity is ultimately a story about God and his purposes. That is good news. God has always intended to gather a diverse group of people to worship him. The energy of the biblical story after the fall ﬁnds its footing in the promises made to Abraham that he would be the father of many nations. In the stories of Ephraim and Manasseh, we see that this promise was ﬁrst fulﬁlled by bringing two African boys into the people of God. We saw the inclusion of Africans again reiterated when a multiethnic group of people left Egypt. These promises to Abraham were expanded into a kingdom vision through the hopes of a Davidic king who would rule and bless the nations. The repeated claim of the New Testament is that Jesus is this king who brings these promises to fulﬁllment. He gathers the nations under him. We see this vision become ﬂesh throughout the conversion of Africans: Simon and his family as well as the Ethiopian eunuch. Just as at the origin of the Israelites, at the origin of the church we ﬁnd Black and Brown believers. Finally, we argued that at the end, when we ﬁnally meet our savior, we do not come to him as a faceless horde but as transformed believers from every tribe, tongue, and nation. When the Black Christian enters the community of faith, she is not entering a strange land. She is ﬁnding her way home.

New Testament scholar Esau McCaulley argues that reading Scripture from the perspective of Black church tradition is invaluable for connecting with a rich faith history and addressing the urgent issues of our times. This excerpt of Reading While Black © 2020 by Esau McCaulley is used with permission of InterVarsity Press. Order at IVPress.com.

Esau McCaulley is an assistant professor of New Testament at Wheaton College. He has two books entitled “Sharing in the Son’s Inheritance” and “Reading While Black: African American Biblical Interpretation as an Exercise in Hope.”  McCaulley’s latest book, “Reading While Black,” has won numerous awards including Christianity Today’s book of the year. McCaulley earned his B.A. from the University of the South, his M.Div. from Gordon-Conwell Theological Seminary and his Ph.D. from the University of St. Andrews.

Why Racial Justice is a Priority for Today