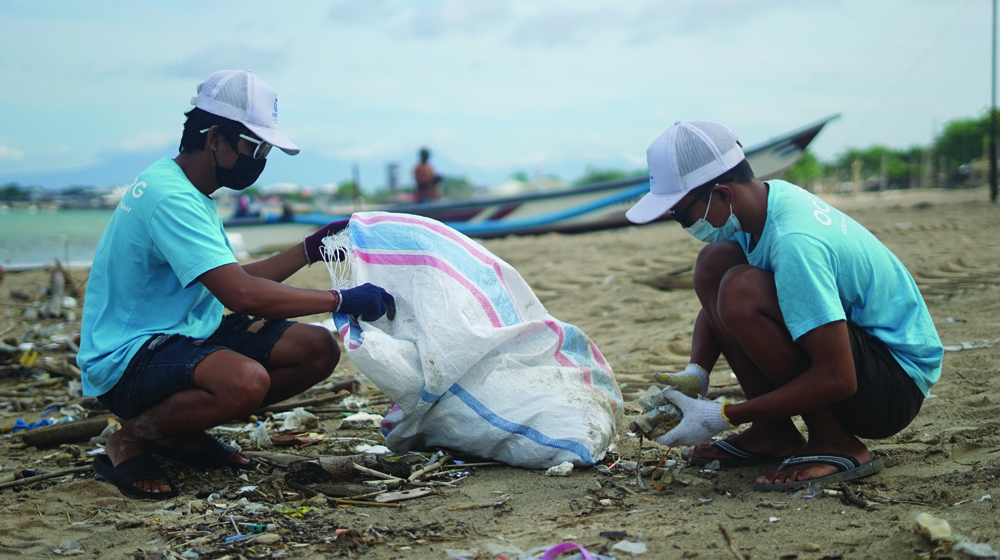 What does the Scripture have to say about environmental stewardship? Is this a political issue or a moral issue? As Christians should we be concerned, or should we be investing our time in things more “eternal”? Do we have responsibilities toward this earth as citizens of the kingdom of Heaven? Or should we simply be setting our sights on the New Earth?

This is obviously an important question, a relevant, and contemporary question, but as I have travelled, and spoken, and written on this topic in Christian circles for the last decade, I have found that the Church is largely paralyzed on this topic. Why has the Church, the historic moral compass of our society, gotten so lost on this topic?

One reason is politics. It is evident that in our highly polarized context, supposedly, if you are pro-life, you cannot also be pro-environment; if you are a patriot, you cannot also be a conservationist. So, if you are a Christian, you cannot also be an environmentalist. In too many circles, environmental concern has been filed away as an issue belonging to a particular political party and has been judged guilty by association. But we know as members of the citizenry of heaven, holiness isn’t defined by earthly politics. Rather, there’s only one set of politics the Christian should be concerned about, and those are the politics of the kingdom of God.

A second reason some are not engaged is common to many issues of social justice — we the wealthy, Western elite are largely sheltered from the impact of environmental degradation on the global community. We don’t see how unregulated use of land and water decimates the lives of the marginalized. We have not witnessed the sterilization of the fertile fields of Punjab India at the hands of unrestrained industrial agriculture or the impact of untreated industrial waste and sewage on the Ganges River. Closer to home, very few of us have seen the backroads of Eastern Kentucky and West Virginia where mountain-top removal coal mining has rendered the lives of the “least of these” a living hell. So, we struggle to understand the issue of creation care as a part of our mandated care for “the widow and the orphan.”

But perhaps most influential is the theological belief embraced by many in the Church that the created order is bound only for destruction. The resulting assumption is that it is ethically appropriate to use the earth’s resources as aggressively as possible to accomplish what really matters: the conversion of souls. As a result, many evangelicals have inadvertently dismissed the issue of environmental stewardship as peripheral (or even alien) to the theological concerns of the Bible.

In my most recent book, “Stewards of Eden: What Scripture Says About the Environment and Why It Matters,” I make the case that our rule of faith and praxis, our Bible, has a great deal to say about this topic. And what it has to say is that creation care is an expression of the character of our God.

Let’s begin at the beginning. In the great blueprint of creation, God’s people are gifted with a land grant, the garden of Eden, and instructed to cultivate and protect it. “Then Yahweh Elohim took the human and put him into the garden of Eden to tend it [lĕʿobdâ] and to guard it [lĕšomrâ]” (Genesis 2:15).

As the stewards of Eden, Adam and Eve are instructed to rule as they have been ruled. They are also reminded that their land grant could be revoked if they failed to abide by the stipulations of God’s covenant. They did fail, and they lost the garden. But redemptive history reports that God’s expectations regarding his land and creatures remain.

Similar to Adam and Eve, Israel is offered a land grant (the land of Canaan) — a land grant which they too will lose if they fail to adhere to God’s covenant. And perhaps surprising to us, the law codes of ancient Israel speak directly to sustainable agriculture (Exodus 23:10–12), humane animal husbandry (Deuteronomy 5:14–15, 25:4), and care for the wild creature and its habitat (Deuteronomy 22:6–7). Even environmental terrorism in warfare is addressed and forbidden (Deuteronomy 20:19). Not a value system one would expect from the subsistence economy of an embattled Iron Age kingdom!

Israel was of course tempted to ignore these laws (in fact we have good evidence that they did ignore these laws), but the laws are recorded all the same. Why? To instruct us that in God’s government neither personal economic security, economic expansion, nor even national defense were viable excuses for the abuse of the land or the creatures who lived upon it. It was never okay to take from the land everything that a populace could. Rather, Israel was commanded to leave enough that the next generation might flourish as well.

All of these Old Testament laws of land, trees and creature communicate the same idea and the same principle: the land and its creatures belong to God, not us. God cares for them, and he expects his people to do the same.

There are those who would argue that there is no environmental concern to be found in the New Covenant,
or worse, that the New Testament is actually opposed to the distraction of environmental concern. Doesn’t 2 Peter 3:10 say that “the heavens will pass away with a roar and the elements will be destroyed with intense heat, and the earth and its works will be burned up”? If the created order is bound for destruction, isn’t it logical to use the earth’s resources as aggressively as possible to bring as many souls as possible into the kingdom?

If it were true that the created order was bound only for destruction, then yes. But when read according to their intended Old Testament lexicon, these images in Peter (and Thessalonians) are recognized as the standard Old Testament images of the Day of Yahweh — the judgment and deliverance of Adam’s world from the curse, not annihilation.

Indeed, Romans 8:19–21 teaches us that it is not only humanity who waits anxiously for “the revealing of the sons of God,” but all of the created order as well. For what do we hope? “[T]hat the creation itself will be liberated from its bondage to decay and brought into the freedom and glory of the children of God” (verse 21). The hope of our salvation is not merely the resurrection of the children of Eden, it is the resurrection of Eden as well.

Sandra Richter is an Old Testament scholar, author, professor and international speaker. Her latest book is titled “Stewards of Eden: What Scripture Says About the Environment and Why It Matters.” Richter is an expert in environmental theology, Hebrew language, the Deuteronomistic history, and the ancient Israelite society. She has taught many courses at Asbury Theological Seminary, Wesley Biblical Seminary and Wheaton College. Through her years as a professor, she has also lead student groups in archaeological excavations in Israel. Richter is a graduate of Valley Forge University and Gordon-Conwell Theological Seminary. She also earned her doctorate in Hebrew Bible from the Near Eastern Languages and Civilizations Department of Harvard University.