What a Consumption Mentality Reveals 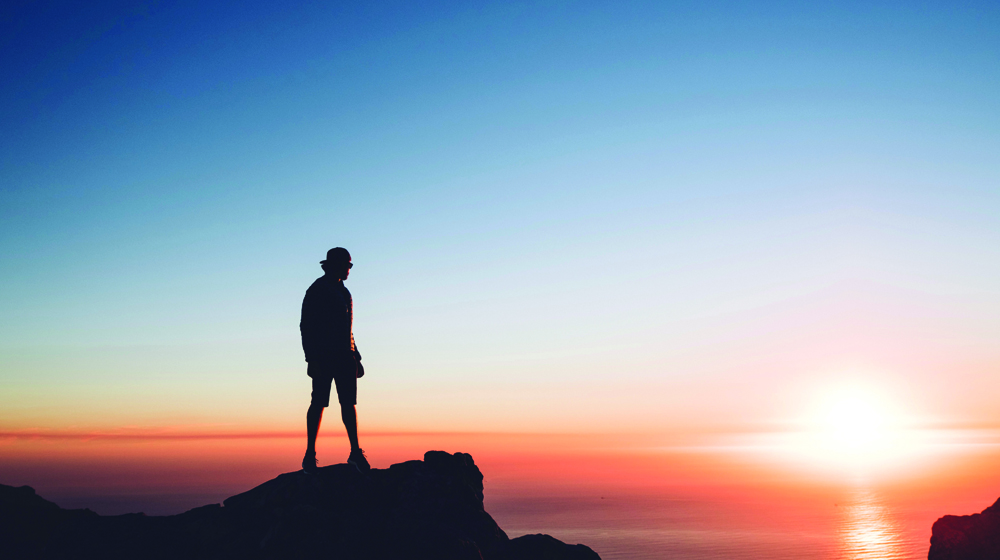 You’ve probably heard the term “throwaway society,” a way of life driven by the production of more and more things that we use up quickly and throw away. When most of the objects we use are disposable, we easily apply this mentality to other aspects of our lives. Are relationships “disposable”? Is the church I attend “disposable”? Is the marsh in our neighborhood “disposable”?

In Genesis, we see that God made humans in his own image (1:27) — part of creation, yet somehow set apart, having “dominion” over creation. “Dominion” has often been interpreted to mean “domination,” as if we can do whatever we want to the planet. And humans throughout history have certainly exploited the planet for our consumption, as if we were the only ones that mattered.

Our Place on Earth

But a closer, fuller interpretation of the Bible tells a different story about humans and our place on earth. Starting with Genesis 1–2, we see that God lovingly and purposefully created the world. God imbues creation with his own creativity, empowering humans and other creatures as partners in the work. God calls creation good.

Then, in Genesis 9, after Noah’s flood, God makes an everlasting covenant with the earth and its creatures. Later in Job (38–42), we see a breathtaking vision of God as maker and sustainer of the universe, where even things that appear to be “wild, repugnant, and dangerous,” such as the Leviathan (sea monster), have a place.

Finally, in Revelation (21–22), we see a vision of God’s good future, which includes the city of God coming down — God making his home among us — and a renewed heaven and earth. Within the arc of the entire biblical story, we get a sense of God’s ongoing love for the things he has made, and his desire to see creation thrive, not be destroyed.

The meaning of “dominion,” if we understand Jesus to be the truest example, is one of service. “For Jesus, to rule is to serve. To exercise dominion is to suffer, if necessary, for the good of the other,” writes religion professor Steven Bouma-Prediger. This definition of true ruling illuminates God’s further call to humans in Genesis 2:15 to “work and keep” the earth. In other words, humans are called to serve and protect the earth.

Have you ever been in an apple orchard during harvest season or stumbled upon a Juneberry tree heavy with sweet, ripe fruit? When we receive these gifts — from God and not of our own making — our hearts fill with gratitude. Gratitude, in turn, fosters relationship and responsibility. We receive the gifts of the earth, and we are compelled to ask, “What can we give in return?” We want to nurture as we are nurtured.

A gift economy, writes Robin Wall Kimmerer in her book “Braiding Sweetgrass,” stands against our modern market economy, where there is no gratitude in the exchange, only a sense of “I bought this. I deserve it.” Receiving God’s good gifts spurs us to share. The abundance is not just for us, to be stored away as security for the future in an act of isolated independence. When we share in the abundance, we build relationships of reciprocity, forging deeper security as an interdependent community.

Kimmerer tells the story of an anthropologist who asked a hunter in the Brazilian rainforest where he would store the meat from a sizable kill that was more than his family could eat. The hunter was puzzled by the question.

Store the meat? Why would he do that? Instead, he sent out an invitation to a feast, and soon the neighboring families were gathered around his fire, until every last morsel was consumed. This seemed like maladaptive behavior to the anthropologist, who asked again: given the uncertainty of meat in the forest, why didn’t he store the meat for himself, which is what the economic system of his home culture would predict. “Store my meat? I store my meat in the belly of my brother,” replied the hunter.

The immensity of our ecological problems can be overwhelming, leading to paralysis and despair. One place to start is with honest reflection on our own beliefs and practices. Our culture of consumption forms in us a “disposable mentality” and a sense of being in competition with the rest of the natural world.

This paradigm assumes we live in scarcity and, as a result, must hoard what we have, accumulating more and more. But, through the creation story, we understand that the living world is filled with God’s extravagant gifts.

Our habits reflect the truth we believe and the stories we tell. What stories are we telling in the ways that we treat the things God has given us? Are we lockstep with the “throwaway society”? Or do we live in a way that recognizes an abundant, good world that God wants to restore with us?

This article was adapted from Au Sable Institute’s “Liturgies of Restoration Workbook” available at AuSable.org/liturgies.

Liuan Huska writes on the intersection of environment, culture and religion, and is a board member of A Rocha USA. Huska is the author of “Hurting Yet Whole: Reconciling Body and Spirit in Chronic Pain and Illness.” Her reporting and essays have appeared in Christianity Today, Borderless, Grist, Spirituality and Health, The Christian Century, BioLogos and on NPR’s Here and Now. She is a regular columnist for Sojourners magazine and a fellow with the Religion and Environment Story Project. Huksa received an M.A. in social sciences from The University of Chicago and a B.A. in anthropology from Wheaton College.